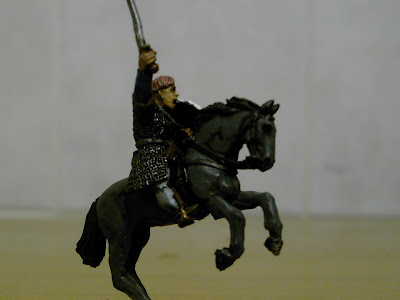 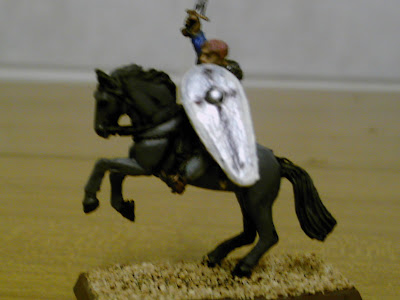 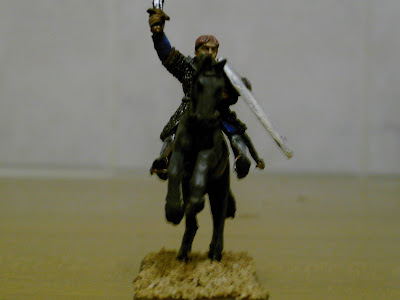 Well, between baby-sitting and getting semi-ready for tomorrows move Ive have done exactly nothing. Again. Except work... and even then I didnt do much as I managed to skive off to pick up some Xmas decorations for the office and then spent the next three hours decorating the damn place. It did mean I had to stay back for an extra hour though, as I couldn't just leave the job half-finished. My, isn't celotaping tinsel to the ceiling a great way to make a living?
Yeah, more sarcasm. Still, beats having people moan at you all day about how inefficient the government is. Believe me, I already know. We tell our senior management how utterly useless they all are often enough that they no longer even bother consulting us before introducing the latest inefficiency anymore.
Gah! I miss the army. Sure, the MOD was every bit as blithely incompetant as the Department of Work and Pensions but at least we could ignore their stupid directives until they took the hint and tried something else. They once asked us to count every individual 5.56mm rifle round held by the entire regiment (as opposed to counting and weighing the twenty round boxes in open ammo crates and examining the seals on the unopened one's). Yeah, seriously, only about half-a-million rounds or so! Needless to say they were told in no uncertain terms where they could shove their ammunition audit.
But now I`m just a lowly civil servant who cares more about getting vulnerable people they're money that he does about the governments bloody unemployment figures. I cant really get away with that sort of thing anymore. Honestly, I`m not sure how much more rule bending they'll let me get away with. But frankly, I dont see why a customer should have to wait five days to be paid just because their GP can't fill out a medical certificate properly. Especially not when we can use Internet Banking to pay the customer on the same day the doctor re-issues the cert! Sure it takes a half-an-hour each time. But it's not the customers fault the government sacked nearly a third of our processing staff is it? Or that the "time saving measures" brought in the goverment actually increased the time it takes to issued emergency payments. Yeah, we told them that would happen, but now that they've spent 13 million on a payment system that forces us to start from scratch if we make a spelling mistake (or, heaven forbid, try to go back ato the previous screen!) they're determined to make us use it rather than admit to the mistake.
Frankly, if the senior bods were really even remotely adequate for the job, they wouldn't be civil servants. They'd have been head-hunted long ago and off to the happy, delerium -inducingly high-wages of private bussiness. Instead, they're still here. Basically because no other bugger would be stupid enough to employ them.
Don't get me wrong, there are a few senior bods whom I truly believe have stayed on in the civil service because they are genuinely trying to make things work. Alas, they're just banging their heads against brick walls every bit as much as we are. At the end of the day, it's the civil service culture that's at fault for allowing second-rate individuals to rise to the top of the chain. But how do you change a culture thats become ingrained after several hundred years of development?
Truly, I just dont think you can. And that, to me, is a real shame. When civil servants (we're SERVANTS remember?) care more about their statistics and the next performance review than they do about the people they are supposed to helping you can't help but be inundated at our level with a thousand little tradgedies a day. Like a primary school teacher who has worked for thirty years being told that although she has developed bowel cancers and now has toilet issues, the fact that she has survived breast cancer for six years now makes her fit for work! Now it will take an Appeal and as long as six months to get her Incapacity Benefit claim up and running again. And all because the certificate informing us that the cancer had spread was lost in the interal civil-service mail. What kind of social "security" system is that? It disgusts me!
It also makes me very sad.
Right, enough. This is supposed to be a wargaming blog after all. So, included for your delectation (I love that word) are some pics of my recently touched up Army General. Again, apologies for the picture quality. I have had some great advice from some good people, but these pics were taken off the cuff about fifteen minutes ago and it's far too late to be messing around with lighting and such. Anyway, I've off to bed now. G'night.

Posted by Dangerous Brian at 01:49