Pathfinder & The OSR: A Perfect Marriage?

Well not quite. Aplus over at "People them with Monsters" (link) recently posted about making his Pathfinder game more old school. His comments got me thinking: how could I make the perfect marriage between Pathfinder 3.5 and the OSR? Here's how I'd start.

Thou Shalt Not Acquire XP From Kills: None. Zip. De Nada. None at all. My big gripe with 3rd ed was that character advancement was just too damn fast. Moreover, there was no point keeping XP totals secret from the players because, after eleven encounters, they would be battering at the door demanding to know when they were due to level up. Not in my 3rd ed game buster. You'd be getting xp for gold and 10% gp value for magic items retained. Absolutely nothing else.
Encounters Shall Not Be Balanced: In 3rd ed, encounters were designed to be challenging for four player characters of a given level. Not in my games. Get yer running shoes on fat boy. Playing a short-arsed dwarf, gnome or halfling? Too bad laddie. Better hope you hired on a henchman even slower than you. 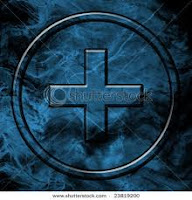 Skill Rolls Shall Not Take the Place of Narrative: Back in Old School days, players would describe checking walls, roofs, ceilings, poking this with a ten foot pole, throwing something heavy onto that. In 3rd ed, they just rolled a Search check and left it at that. Not in my game. Tell me how, where, why and what you're looking at. If you say the right thing, you'll find your treasure/trap/lost spoon regardless of the dice. If you don't find it, your description will give you a modifier (positive or negative) to the dice roll. No description. No modifier. Or maybe even a negative modifier if I'm feeling nasty. This won't apply to just search checks, it'll apply all across the board - bluff, diplomacy, healing, even stealth and survival checks. Thou hast been warned.
Ye Olde Magic Shoppe is Run by Mountebanks: Sure you might be able to buy or sell the odd magical item here or there, but you'll have to work hard to find a buyer. Yon local pawn shop just doesn't have the cash for it. Sure, you might be able to buy the odd potion or lotion from a friendly cleric, wizard or adept, but if turns out to be snake water it won't do you much good down a dungeon.

Thy Sandbox shall be thy Playpen: There might very well be a meta-plot going on around you. In fact, there will likely be several going on all around you. The players decide whether or not to get involved -and have to accept the consequences regardless.
Thou Shalt Not be Heroes Save by Mischance: You're not destined to save the world (though you might), you're not the last scion of an ancient kingdom and your certainly not the love-child of a local God. Characters like this exist in the game-world, but their NPC's, not player characters. You lot are just a bunch of money-grubbing working Joe's out to make a fast buck. You might one day inadvertently safe life, the universe and everything, but it's not your starting mission objective. Angels did not sing at the moment of your birth, stars were not born and there's no bloody red comet streaking across the sky. At least, not until I decide to put one there. You want the loot baby, yeah!

Thou Art a Mercenary Scumbug. Thou Art Not a Beautiful Butterfly. Thou are Not Simply Misunderstood: Adventurers are not rock stars. Crowds do not swoon at your passing. You are feared, potentially homicidal maniacs who risk death daily for financial gain and spit in the face of established social order. The King/Duke/Mayor or whatever might respect you for saving his ass, but he's sure as hell not going to let you marry his daughter, let alone invite you for dinner.
Thou Might Verily Be Killed By Sheer Mischance: In 3rd ed, it almost seems sacrilege to kill a character unless he dies heroically or by abject player stupidity. Dying by sheer bad luck just doesn't seem to factor into it. Well not in my game. See the rule above? Your nothing special. You have no great destiny to keep you alive. That 1hp kobold with a rock isn't going to be thwarted by a divinely-inspired itch causing you to duck. Dead is dead. And as for all this multiple saves to avoid death nonsense? Uh-uh. No way. Save or die it ain't no lie. And their ain't go guarantee your friends can bring you back. Ho yeah! Fear the centipede M***** F*****. 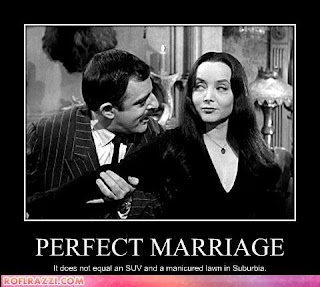 That's the ideas generated off the top of my head (in the last hour or so). I'd welcome anyone who'd like to share any more. I'll add them to the list after this point, along with any other factors that occur to me as the days go by.

Posted by Dangerous Brian at 20:20

and old school it is.

Yup. I think a few simple changes like these capture the old school feel fairly wel. Now to try it out on some unsuspecting player types.

All good stuff, although I suspect 3d6 in order would severely gimp the characters.

Too many things are built around the assumption that a starting character will have a +3 or +4 for their main stat.

You know you're probably right. 2d6+6 sounds like a much better option. Cheers Aplus.