Thoughts on the Requirement for a Mega-Dungeon 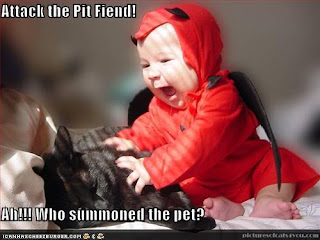 On reading up a little on The Black City Project from Dreams in the Liche House [link] I've just noticed a glaring omission from the last few incarnations of my Zama campaign setting:

Allright, I admit, the last campaign I ran in Zama were plot-based, rather than sand-box based, campaigns. It was, in fact, a modified version (heavily modified) of EN's wonderful War of the Burning Sky campaign. At other times in the development of the campaign world, there have been dungeons that have (barely) qualified for mega-dungeon status, but usually too far away from the central geographic location of the campaign setting (the city of Zama, for which the setting is named) to be regularly visited by beginning characters.

The closest thing to an accessible dungeon the players had were the tunnels that run under the city, through the rock of the promonatory upon which the city sits. Being as they are a fairly advanced classical society, these tunnels include sewer systems, fresh water aqauducts and cisterns (all maintained by the "Grey Men" of the undercity. Something of a mystery cult dedicated to preserving the life's blood of the city. That is, it's water supply and who regard the city itself as a living being).

Beyond these (or rather, deeper down the rock face) were older caverns, seige stores and tunnels leading down to the military harbour carved from the base of the cliff by the hand of a sea-titan in return for the hand of a Zaman princess. Although most of these areas were patrolled, there were a few disused areas inhabited by runaway slaves and their descendants, plus the odd slime, ooze and a few powerful tribes of were-rats and smugglers. All in all, a nice enough adventure location within the city, but not really a fully fleshed mega-dungeon as such. Mostly because there was too much "official" traffic to really justify populating the place with as many monsters as I would like.

Now though, while I'm in the process of re-imagining the campaign setting (yet again), I really should be thinking about opportunities to place a mega-dungeon setting closer to home. So far I've come up with three alternatives:
For the most part, I think I'll re-design the unexplored tunnels and locations beneath Zama to provide a small number of "un-linked" dungeon areas closer to home where the party can whet their teeth. Old stalwarts such as a secret temple or two, smugglers caves and perhaps the resurrected were-rat faction. I'll probably through in a few meeting spots for citizens actively engaged in plots against the throne and the status quo and call the job a good un. I've never been that great a fan of extensive "mega-dungeons' beneath inhabited cities anyway.

That should buy me plenty of time to think about expanding old Thayatis into a proper mega-dungeon, properly adapted for play in the Zama setting.
Posted by Dangerous Brian at 04:34

Smugglers caves and the like is a good way to expand slowly. To start all over with a mega dungeon is a motherf...... big task mate!

Hi Brian, what about expanding the under-city with something akin to shee, but more another pre-human (or other early human) "lost" civilisation? Maybe they are the ones who were conquered and replaced by the current culture, and live on only in stories. But they have found something big and nasty well below and now they are slowly plotting their revenge...

Sorry for the multiple cliches, but you get the idea. I'm thinking of serpent men from HP Lovecraft and the like. If it's humans, it could be the indigenous peoples who were supposedly wiped out a long time ago. This might provide a link with the city's foundation myth?

Thanks for the idea's guys. I know I'm setting myself up for a huge job, but I was hoping that by using Thracia as a strating point to build on I could give myself a head start.

I know things would be so much easier if I just built upon the existing tunnel network, but given how well developed the cities background has become it would be a difficult amendment to make.

I know I regularly tweak things here and there to suit myself, but I'd have to change the city's backstory and foundation myth pretty extensively to flesh out the megadungeon in the way. And to be honest, the city's history is something I've kind of fell in love with.

The foundation myth behind it is that Zama was a land under the sway of a tribe of giants until the Pheonixian refugees came. When the Queen came begging for land, the Giants laughed and told her she could have as much land as could be covered by an ox-hide. So she cut the ox hide into a single continious strip no larger than a thread and laid the strip out from one side of the promonatory to the other, banning the giants from crossing from one side to the next.
Que the inevitable wars with the giants that lead to their eventual subjugation and enlistment as slave labour to build the oldest buildings of the city.

Alas, it doesn't leave much room for a hidden society of natives in the tunnels beneath the city. Not unless I make them an even older culture than the giants.

I am not expert on mega dungeons, never ran one in my life, but I have expanded on several. Take an existing dungeon, cavern, sewer and add one more corridor than you had before and it can just keep going on forever. One at a time, no need to have a hundred at the ready.

I think I'm going to go ahead with the whole caverns of Thyatis expansion. I'll possibly set the whole thing on an island modelled on Thule and say the cities only recently been uncovered after being more or less burried in ash during an eruption several thousand years before.