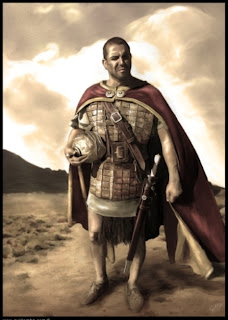 The Pheonixians of today are the remnants of a once great society, an Empire that stretched across the eastern expanse of the Known World from the shores of the Middle Sea to the Inner Sea and beyond.
Around 1500 years ago, during the Age of Myth, successive invasions by horse nomads from the east destroyed what was then a great civilisation ruled by ancient and mighty Priest-Kings.
Unprepared and desperate, the Pheonixian peoples turned to the magic of the their Kings for salvation. But the magic of Kings and Princes could not stand against the oncoming horde.
Over a period of 300 years, the Cities of the Pheonixian Empire fell one. The surviving Prince’s scattered to the four corners of the earth, taking their magical writings and followers with them. Safe behind the Cicitrice, the Great Canyon that separated the survivors and their settlements from the deprivations of the nomad horde, a few scattered colonies survived to become cities and nations of their own.
The survivors soon fell into dispute with one another, fighting futile wars for many years. Not until 600 years ago did most of the surviving Pheonixian cities unite under the then Queen of Zama, Harenthys. That same year, another Pheonixian settlement, through treachery and murder, won control of the ancient lands of Khemet, perhaps forcing the remaining cities into the arms of Queen Harenthys.
Sages still debate which of these two events mark the first day of the new Zaman calendar, but the Pheonixians themselves rarely seem to concern themselves with such a trivial details. The reasons for their ancient empties run deep enough already.
Thanks to several cultural taboos regarding “deformity” (in Zama) and “dilution of the bloodline” (in Zarama), the Pheonixians of today much resemble their ancient ancestors. Indeed, the few Pheonixian peoples who did allow themselves to intermarry with other cultures are no longer even considered Pheonixian by their more traditional cousins. This may be one of the major sources of contention between the men of the Imperium and the Protectorate of Zama. 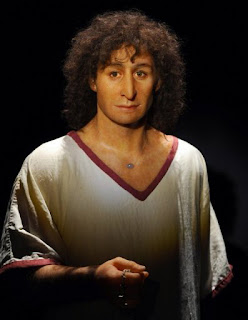 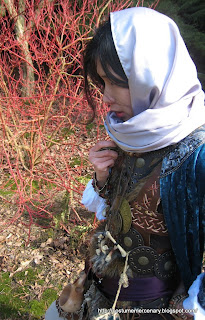 Pheonixians are of average height for civilised peoples, with men growing no higher than 5`10 and usually no shorter than 5`4. 5`6 or 5`8 being most the common heights among men. Women are only slightly smaller.
All but the most debauched of womenfolk retain a lithe build brought on by hard work, good diet and plenty of exercise. Obesity is viewed as a sign of spiritual corruption in Pheonixian society and so only thosewishing to present a certain image allow themselves to run to fat.
For the others, there is their enjoyment of the athletics field and martial pursuits to keep them trim and athletic. Every man in the Zaman Protectorate aged between 14 and 45 must attend militia training for two days out of every eight, further explaining their fine physical condition as well as their history of great military successes.
Alas, this is not the case in Zarama. Most Zaramans of “pure” Pheonixian blood lives sedentary lives of privilege and debauchery. In Zamara, corpulence has become a sign of affluence and power in men. It remains a reviled trait in women. Any athletic Pheonixian male found in Zarama is likely to serve as an officer of the Zaraman or Khemet armies. A position which is held in surprisingly little honour or regard by the Zaraman nobility.
In both countries, the locals tend towards dark brown or even blonde hair, often bleached a lighter shade by the sun. Most sport tanned complexions given the exposure to their sun of their relatively pale natural skin tones. Brown or black skin is rare and are usually an indication of Nubian or Numidian blood somewhere in the family tree. Eyes tend to be green, dark brown, violet or almost black.
Members of both sexes pluck their body hair, considering it’s appearance course even if the hair itself is not. Men in Zama go about short-haired and clean-shaven in deference to their military service. In Zarama, men allow their hair to grow long, often oiling it and covering it beneath an Khemet head scarf or Parnthian turban. Zaraman men also tend to cultivate curved or pointed beards on their chins.
Both sexes are fond of various kinds of jewellery, particularly torques, cloak pins, broaches and heavy necklaces formed of many separate sheets of precious metals.. 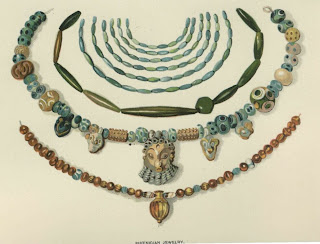 Regions: Pheonixian’s can be found in almost any corner of the known world, indulging in their passion for trade. However, in only two regions are they truly numerous: The Protectorate of Zama and Khemet. Pheonixian’s also have a well earned but exaggerated reputation for dabbling in piracy. Many can be found on the Pirate Isles as well, often as ships captains or officers.
Religion: Both the remaining Pheonixian cultures continue to worship the old Gods of the Pheonixian Pantheon, led by Arbaal. Moragoth, the God of Death, has taken upon himself the portfolio of trade in recent times. In the absence of a proper maritime deity among the Pantheon, many Pheonixian sailors make offerings to Tanith, Goddess of the Moon, instead.

Edit:
Development Notes: Because the original inspiration for the city-state of Zama was Carthage during the second Punic War (with healthy pinches of Sparta, Amazonia and a few other cultures -real and mythical- thrown in) for about twenty years the Pheonixians were simply called "Punics". I always hated that name however, and have periodically tried out other names that either sounded worse or bored the hell out of me. So far, "Pheonixian" is the only alternative name I've been happy enough with to go through all my existing Zama documents  (several thousand pages) and  replace every reference to "Punic".
Perhaps it's the fact the name evokes the Phoenix, a beast so closely tied to sun-worship and re-birth, much as the Pheonxians worship the sun-god and live in a culture that has been "resurrected" from a near-fatal catastrophe.
Posted by Dangerous Brian at 01:43