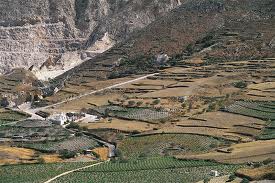 A slightly different format (more user friendly) for the table this time. Roll on this table D6+1 times per week when in a rural area. Farms, small villages, the odd small town, homesteads and the like.

01-04 Animals Throws a Shoe:
One of the party's pack or riding animals such as a horse, elephant or camel, throws a shoe or otherwise goes lame. The animals will move at half normal rate for the next d4+1 days (if lamed) or until re-shod (if normally shod).

05-08 Angry Innkeeper:
A member of the party does something stupid that leaves an innkeeper irate, tossing the entire party out onto the street (or trying too at least). If the PCs cause trouble, expect a mob to form as per the result for Burn the Witch, listed above.

09-12 Bad Food:
After stopping off at an inn or the home of a local farmer, one random party member of hireling falls ill for D6+1 days.

13-16 Burn the Witch:
Strange events have occurred in the area over the last few days: milk turning sour, a goat kid with three heads birthed by a cow, people falling ill or becoming uglier by the day and so on. Any unfamiliar spellcaster (such as a PC or NPC party member) spotted casting spells is likely to be blamed. The unfortunate spellcaster will be swarmed by a mob of 2d10+20 angry 0 level human farmers, D4 hit points each, armed with farm implements (D4 damage per hit).

17-20 Burned Settlement:
As day dawns the PCs see smoke rising in the distance. If they investigate or if the smoke lies in their direction of travel, they will come across a burned settlement with the ruins still smouldering. 10% chance of a survivor who can explain what happened. The tracks of those responsible are clearly visible, leading off into the distance....

21-24 Crops/Livestock Damaged:
The PCs pass a field in which crops have been trampled by either the passage of a large body of men
or a large monster. There is a 15% chance that the farmer who owns the field will blame the PCs and enlist a mob of angry farmers or the local authorities in an attempt to obtain compensation. Alternatively, if the growing season has passed, the farmer is missing one or more of his livestock. 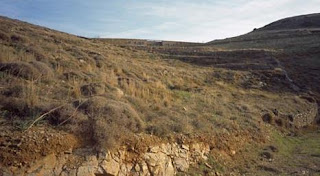 25-28 Dead Traveller:
The PCs come across the body of a dead traveller on the road. Roll D4 for cause of death. 1= accident, 2=disease, 3= violence, 4= unknown. The body has already been stripped of valuables and is D3 days old.

29-32 Entreaty:
While passing through a settlement the party is approached by a local leader who needs their help with a problem. Insert adventure hook of choice here.

33-36 Festival:
A local religious festival is in progress. It will be next to impossible to obtain any service or make any purchases save those related to alcohol and celebration for the next D4 days until the party peeters out and sore heads recover.

37-40 Hay Fever:
One of more randomly determined party members from an urban background is struck by a particularly bad case of hey fever and is at -1 to all dice rolls due to sneezing until such time as her succeeds on a saving throw versus poison (taken once per following day) or returns to an urban environment for at least a week.

41-44 Horse Thief:
If camped then a thief of level D4 will attempt to sneak past any guards and steal a horse. If sleeping at an inn then unless the PCs have left a guard on their horses this theft is automatic. The party loses 1d4 horses, starting with the most expensive. Note that the thief will not attempt to steal any warhorses, only riding and pack horses, mules, donkeys and pony's. They may a thief, but they're not THAT stupid.

44-48 Hireling Trouble:
One of the party's hirelings (randomly determine which) has fallen in love with a local lad or lass and wishes to be released from service. If the answer is yes he is thrilled, sells his war gear and retires. If refused lower his or her morale permanently by 30% and make a loyalty test for the hireling each day. If he ever fails either test (morale or loyalty) he runs away taking with him all his gear and one randomly determined magical item belonging to his master (where possible) back to his lady (or laddy) love. 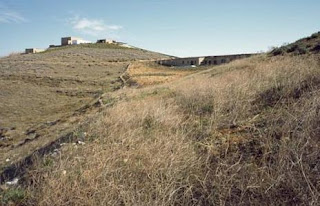 49-52 Hunting Animal:
During the course of the day, the party encounters a number of wild food animals such as a deer, hare or rabbits. Any characters with ranged weapons can make one ranged attack each against the AC of the creature type discovered. Add one days worth of fresh meat for D4 people to the party's supplies for every successful attack roll.

53-56 Injured Traveller:
The party encounters an injured man on the road. 50% that 1d4 travelling companions are present. If the yearly event for this year included an act that would cause unrest or violence, or if any bandit or incursion results have been rolled on the monthly events table this year, then there is an 80% chance that this is an ambush.

61-64 Market Day:
The PCs pass through a village on market day. Treat the availability of goods as though the party were visiting a small town. However, prices remain those of a small village. 10% chance that one of the PCs will have an encounter with a pickpocket (human thief of D4 levels). The roads and paths are so busy that wilderness travel this day is reduced by a full 50%.

65-68 Patrol:
The PCs hear from a local that a party of warriors past through town D4 days before, seeking news of a group matching the characters description. They could be mercenaries hired by an enemy to hunt the party down and kill them, mercenaries looking for employment or a group sent by a former or future patron who needs their services.

68-72 Runaways:
D4 young villagers run away from home and follow the PCs, wishing to be employed as squires (though they'll settle for employment as porters and torch-bearers if it comes to it). There is a 50% chance that one or more parents (perhaps accompanied by the rest of the family) turns up looking for them. Let's hope there are no misunderstandings regarding "kidnapping."

72-76 Supplies Ruined:
D10% of the party's supplies are stolen or spoiled, either by mould, locusts or an infestation of other vermin such as rats of weevils. Anyone foolish enough to attempt to eat these spoiled supplies must save vs poison or be ill for D6+1 days. 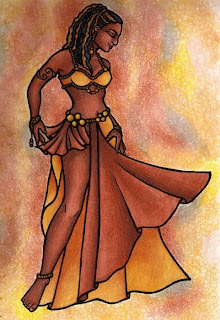 One of the male PCs catches the interest of a pretty young farmers daughter. If seduced there is a 30% chance of being discovered by the irate father. If the father does not turn up there is a 15% chance that the girl will fall in love with her paramour and run off after him. If this happens the father is likely to pursue to recover his "kidnapped" daughter -and may bring friends. Finally, if the girl is seduced and does not go running off after her lover, there is a good 10% chance that she falls pregnant (very fertile these nature-goddess worshipping farmers daughters, so they are). Depending on when the party next pass through, the lass might present the PC with a child, or, if she is aware that she has become pregnant, ask the PC to take her away. If this happens and the father has learned who is responsible, he is almost certain to demand that the PC in question marry his daughter.

If the PC refuses to accept his responsibilities then the next time he passes through the village, the girl and any child will likely be absent. Either sold into slavery by the father or else run off to the nearest city to become a prostitute (where the PC may very well encounter her once again, this time while undertaking her new profession in their favorite tavern or drinking spot). She is unlikely to be thrilled to see him.

81-84 Thief:
During the night, a D4 level thief attempts to steal into a random party members tent or inn room and steal his possessions.

85-88 Toughs:
A group of local toughs, (0 level fighters, 1 per PC) takes exception to the "fancy adventurers" throwing all their gold around, prancing about in their nice clothes and catching the eye of all the wummin' folk. They decide to do something about it by picking a fight, either in the local watering hall or village common or by attacking late at night. They will try to target lone party members first, and will pay particular attention to the PC (male or female) with the highest charisma or comeliness score. 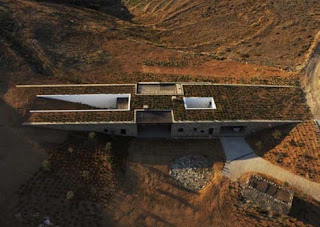 89-92 Weather Woes:
Inclement weather makes travelling incredibly difficult for the next D6+1 days (but continue to roll daily events as usual). In spring and autumn this is due to heavy rains, a heat-wave in summer or a blizzard in winter. In rains or blizzards reduce visibility and movement by 50% and subtract 4 from all ranged weapon attack rolls. Additionally, each PC who travels during this time must save vs disease or risk catching hypothermia. Those who catch hypothermia and recover must make another save vs disease or risk pneumonia. In summer, a save vs disease must be made to avoid heat-stroke, with a +4 saving throw bonus is the party does not travel. Character wearing metal armour during the heat-wave make the save with a negative saving throw modifier of -4.

93-96 Wheel Thrown:
If the PCs own a cart, wagon or chariot then it has thrown or shattered a wheel on these poor, dusty roads. Reduce the carts speed to 75% until it can be repaired or replaced. 10% that one or more draft animals pulling the wagon are lamed for 1d4 days .

97-00 Love Interest:
As per the Maiden result on the Urban Events table. Unlike with the Temptation result above the willing partner is completly unattacthed and without interfering parents. Perhaps a widow(er), tavern wench or lonely "witch" or lone demi-human living in the village outskirts. She may even be a farmers daughter with a living father (as with the Tempation result), but one too drunk or ill to care. The only complication likely to arise from this encounter is the prospect of pregnancy should the encounter involve heterosexual characters. Consult the Unlawful Guide to Carnal Knowledge or impose a flat 10% chance (steep, but as with the farmers daughter above, these rural types are very in with Fertility deities).

My personal favorite from this table is the temptation result. Oh the fun to be had. Imagine gentle reader, if you will, a character escorting a caravan from Zama to the Arcane Imperium having the misfortune of being approached by comely farmers daughters  three times on the one journey. Being a lawful type, by the time he arrived at Zama on the return journey he'd ended up with 3 wives, a son and two more babies on the way. But don't worry, the odds of this sort of thing happening to one of your characters are astronomical. Really.
Posted by Dangerous Brian at 13:45

Interesting tables, and useful too. Ta