The Expeditionary Campaign: 15 Things Players Will Need to Know

Been thinking a lot about the Expeditionary Campaign while at work today. It occurred to me that of the two dozen or so potential recruits I intend to invite (the list keeps growing) only about eight have ever played in Zama before. And  back then they were playing it using 4th ed rules.

So here's a quick run-down of the email I intend to send my potential recruits, complete with 15 things they will need to know to play the game. It'll be a while yet before I send it out, probably a month. The delay will give me time to set things up, tweak the setting back to OSRIC from the present incarnation and draw out the new maps and dungeons.

In the meantime, would anyone care to share their thoughts please? Am I underselling this? And if so, how can I go about improving the sales pitch? 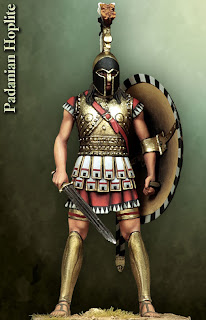 It feels like an age since we last got together to game, mostly because of my crazy schedule. However, thanks to my awesome friends in the blog sphere, we now have a solution: the Expeditionary campaign.


In the ancient old days of the this hobbies' origins, Gary Gygax and the fathers of roleplaying games used to run massive campaigns at their local gaming group. There could be anything up to thirty players in each campaign, all of whom would rotate in and out as their schedules allowed, all playing in the same campaign, in the same party with the same DM. Think of these companies in the same light as a modern football team -not every player gets to kick a ball in every game. Someone has to be left behind to warm the bench. or the stands. But even so, the guys who didn't get to play in that particular game are still on the same team.


Basically, my proposal is to invite all of you to come game with me at my house. In the same campagin. In the same adventuring party. Yup, all XXXX of you.


Now don't laugh. I rather doubt there will ever be more than a dozen of us around the table at once. Because of my schedule, there will be no regular time and date for the sessions when we will play. Hell, I doubt there will even be a regular duration. Instead, at the beginning of each month, I'll email all the interested parties a list of dates and times when I'll be available to run the game. Those players who are able to attend get to play their characters. Those who don't get to leave their characters behind to guard the camp. That's where every session will begin and end: the camp. So threre's no real difficulty in having players who turn up only once every couple of months. Their character doesn't just suddenly appear in the middle of nowhere on their own. They've been guarding the camp all along.


Now for all this to work,  with the very real possibility of having up to a dozen players at some sessions, we need to use a very simple system. I was toying with the idea of red box D&D or one of it's clones, but OSRIC (a much improved version of 1st edition) I've decided to run. No moaning. No arguments. No point trying to change my mind. It's non-negotiable. I've already done a hell of a lot of campaign prep so we can get started quickly and I'm not changing it all now. Not for anyone.


So why OSRIC? Because it's simple, combats are quick and easy to run, I know it like the back of my hand, the rest of you will pick it up easily and ultimately, because you can all download the damn book as a free pdf from the designers web-site. So there's no excuse for anyone not knowing the rules.


As some of you already know, I've been designing and gaming in my home-brew fantasy world of Zama for about twenty years. So we'll be using that world to game in. Like any fantasy world, it has its own little quirks and ideosyncracies. So here are fifteen things you'll need to know about the campaign (not just the campaign world) if you want to play. 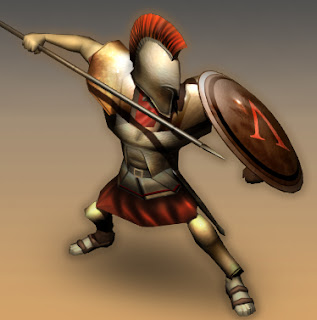 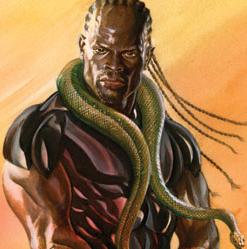 If you are one of the lucky recipients of this email who has been offered this fantastic opportunity to partake of this old school, juicy goodness, please RSVP your acceptance as soon as possible. Details of the first, opening session will follow shortly after you get back to me. Don't worry if you miss the first session. I'll keep everyone who misses out on sessions fully informed of events with a campaign journal, which you'll be able to access readily from my blog.
Posted by Dangerous Brian at 21:05

Wow! I so wish that I was in your neck of the woods. It sound awesome.

My advice regarding the sales pitch:
1. Keep that document - give it to players once theyre confirmed players. Otherwise you will lose prospective players through TL;DR attrition.
2. Summarise that document into about a paragraph or two, highlighting the best or most significant things in your game. 3. Get an excellent image, but maybe not just a hoplite because that clearly doesnt do your setting justice...
4. Give prospective players an attractive document with just the summary and the cool picture with some contact details.

Not saying this is the best way, just food for thought. New players may not get excited by a page and a half of text is all =]

Fuck's sake Brian, you've been hard at work. This place is totally unrecognisable compared to the dead site I remember from back in the days of my Ashes of Middenheim campaign (6 years ago believe it or not). I'm impressed. ;)

This looks great, Brian, and you've obviously put a great deal of work and thought into it. I'd join in if I could, but my schedule is pretty much all over the place as well.

Are you going to keep us updated with the game's progress via the blog?

This sounds so good, Brian is this going to be done old school style, with paper and pen maybe a map, RPG style? or will miniatures be involved?

@ TrentB - As a player I agree with your idea of a cool picture and summary to draw people in. Brian is often frustrated by mere mortals like myself who can't read a book in a matter of hours (Brian reads like athletes breath!)

@ John - Yes he has! You should see his man cave. Brian lives the gaming life when he isn't working, sleeping or eating. Dedicated to his profession :-)

@ The Extraordinarii - If he plays this like the War of the Burning Sky campaign we had in Edarnia last, I'd imagine it'll be proper Old School RPG with miniatures for big fights to keep track.

@ Risus: it's a pity you arn't, it was you're blog article that got me thinking after all.

@ Trent: Great suggestions. Thanks. I'll go with that plan.

@ John: Yup, I started it up again in October after I realised I needed to store as many of my ideas online as possible -if only because they're vulnerable to virus' and loss on my own PC. Amber suggested I restart my blog and here we are.

And it should be obvious John, but I'll say it anyway. You're on the invite list too.

@ Caliban: I'll be using the blog to keep track of character levels and session reports, so there should be plenty to interest you even if you can't come game with us.

@ Extraordinarii: I tend to use minaitures to represent marching order and initiative order most of the time. I prefer to only bring out the battle-mats and monster figures for the really big, confusing fights where it's difficult to keep everyone's position straight.

In fact, it will be important for as many players as possible to map. They cant rely on any one mapper turning up to every session after all, now can they?