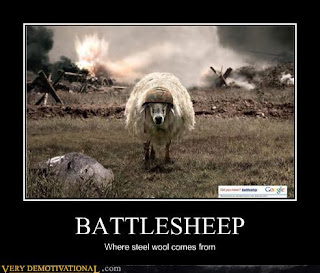 In this post [link] Risus Monkey makes an excellent point about Old School campaigning. Essentially, most of the original old school campaigns, (Blackmoor, Greyhawk, Ryth) had a floating pool of several dozen players, who would enter and leave the campaign on a regular basis as their schedules permit. In other words, the exact party composition was different almost every time, both in terms of the characters present as well as the players.

Now who do we know who has a shed-load (well, a double-decker bus load) of gaming buddies he'd love to game with but can't because of his crappy work schedule?

Me. The same guy whose last campaign probably suffered quite a bit from the general inexperience of the players when faced with an unfamiliar concept (the notion of Old School Gaming).

Which led me to do some thinking. I have about two dozen friends who, since I moved back to Glasgow, I'm gamed with at some point or another but whom I now rarely see. I'm also about to start a new OSRIC campaign, once I've finished with the one-off zombie game at least. However, many of the gamers in question are followers of the plot-based rather than sandbox-based gaming philosophy. This would have posed a problem to my nascent master plan if not for one simple little helpful fact.

Risus addresses the same problem in that very article. Or rather, he refers us to another blog article on Ars Ludi [link] wherein the author explains how he managed to juggle a pool of 9 to 14 different players in a plot-based rotating party super-hero' game. Eureka!

Problem solved. I already prefer running a strange bastard mixture of sand-box and plot driven games, where there are anything up to a dozen plot-lines on the go at once for the characters to pursue or abandon at their leisure (and which still progress even when the party isn't following up on them). So why not throw in one of those plot-matrix tables the author of Ars Ludi mentions and give it a go. That should keep players on both sides of the sandbox/plot divide happy and give me a damn good excuse to keep in touch with folk I'd only normally see otherwise at weddings and birthdays.

Cool post Risus. Thank you, Chronicles or Ryth and Ars Ludi for the inspiration.

Now I just have to run it past my dearly beloved. But don't worry. I'm sure she'll love it.
Posted by Dangerous Brian at 17:43

Uh, you're starting a sandbox game in Glasgow?
I'm super-duper up to join in if you're looking for sandbox-prone players :)

Sure. She's already agreed to the idea of hosting a game round at our place for our friends so it shouldn't be a problem in principle I'll run this by her as well and see how it goes. I'll post more about it when it looks for certain like we'll up and running.

In the meantime, you can reach me at:
brianrae1Xhotmail.com

O hear ye, this is the voice of "the wife" and she in her kind and infinite caring ways will take in all waifs and strays of the gaming world. Adventuring is best done in company. Strangers are just new couch warmers soon to grace our home.

Should be a breeze.

Sounds interesting brian, I shall keep an eye out for reports of progress....

Ooooh, I would love to play in another of your games - the last one, while short, was a lot of fun.

I even promise not to play a Elven Supremacist this time!

@ Fran. I hope so. I'm hoping to get up to a dozen players in any one session. We used to have that many in our regular Sunday sessions at uni, so I'm confident enough about handling such a big group. My schedule being what it is though, Ill count myself lucky to get more than six people together at a time.

@Extraordinarii:
I was thinking about running either Cascade Failure or OSRIC. Something simple enough that play flows quickly and also free enough that no one can complain they can't afford the rulebook :)