Will explain the pc later. honest 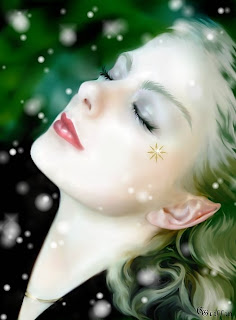 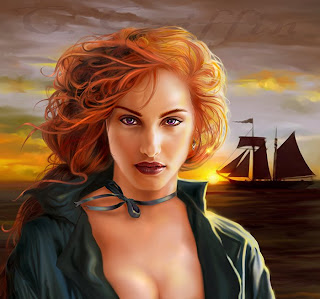 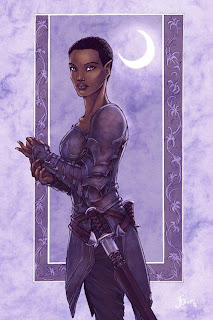 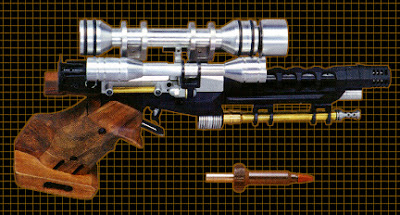 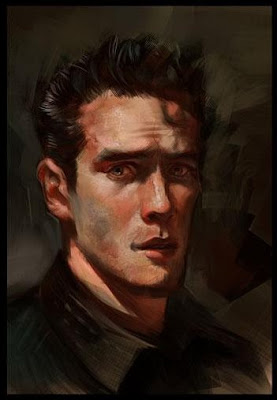 Posted by Dangerous Brian at 05:11 No comments:

At last, a victory on the WAB battlefield, albiet a small won, and one acquired not more than a few hours ago at my regualr gaming group.

Colin and I had arranged a game using the Raid Secnario for a change of pace. This scenario, published in the Sheildwall rules, is meant to represent the conflict surrounding a raid on a small, poorly defended village. Its a race against time as 500pts of attackers race to defeat 250 of defenders before a relief column arrives.

As Colin plays Vikings (Norse from the Western Isles, to be precise) it naturally fell to him to be the agressor, while a small band of my Norman Milites, dismounted and lead by the local Comte, lead a hastily assembled milita in the defence of the village.

I neglected to take Colins army list home with me, so I will graciously ask him to publish it in the comments section after this post. However, oit consisted of four units, each of about 10-15 vikings, including one unit of Hirdsmen. Three of these units were armed with javelins, shields and light armour, the leftmost one deployed in skimrish formation. Behind the middle foot section (I hesitate to call such small bands units) came a section of archers.

In defence of the village, from left to right, were 12 dismounted Milites, with no leader, standard bearer or musician, crouched behind the patchy village walls. The gap where a gate would have been in a more affluent village was held by 2o farmworkers (stats taken from the Raid scenario) armed with handweapons (representing a mix of billhooks, sickles, hoes etc) arrayed in three ranks and led by the Comte himself. To the right of these qyuaking peasants, were five of the Cmotes servants, armed with improvised weapons and stones. Hiding in the village, were five women and children, well back from the action.

At first sight of the dragonships off the Normandy Coast, the Comte - handily visiting one of his bastards with a small escort of his Milites, sent his squire riding back to his castle to summon reinforcements. The scenario called for these reinforcements to begin arriving on a random dice roll at some point after turn 3.

The reinforcements would arrive in the form in 10 mounted milites (again, with no leader, musicians or standard bearer) who were hadily out hunting in the nearby woods. Accompanying them were twenty-one freemen armed with spears, who had been acting as beaters.

Alltogether, including reinforcements, this force amounted to some 750 points, most of them leadership 4 and leadership 5 peasants. Significantly, my "general" was only a Comte and therefore my army did not benefit from the Army General rule allowing all nearby troops to use the generals leadership.

The battle opened immediately badly for Colin. A volley of javelins and arrows aimed at the milites on the left brought down only one of the beaily armoured spearmen, In the centre, the Viking Mate and his captains most faithful retainers charged home against the farmworkers. As Vikings cause fear in units with a leadership of less than 7, a panic roll was required. This was failed, but the sheer numbers of men in the unit. along with the Comtes imposing presence, prevented the hastily assembled mob from fleeing. However, so terrified were they by the awesome reputation of the northman (and perhaps forgetting that their lords were themselves once vikings, that they would need a 6 to score a hit.

Unramarkably, all nine of the mighty Vikings who could reach a target managed to land a blow on their opponent (WS4 vilkings need a 3 or more on on a D6 to hit a WS2 foe) but incredibly only two suffered a wound and, without armour, fell to the ground in a heap. Egged on by the ferocious young Comte, the terrified peasant s struck back but only the Comte was able to land a blow (twice in fact) both of which were turned by the stout shields of the raiders. However, Colins glee turned to annoyance and then dismay as he first realised that my three ranks meant that I had won the combat despite his not loosing a single man and then watched his elite unit fail a panic test and flee.

The Comte, not yet wanting his men to leave the safety of the barricades and leaving their flanks open to attack, held the all-too-willing peasants under his command at the gate, allowing the viking elite to flee. Seeing this, the left most group which had thrown their javelins at the milites (actually lead by the Viking Captain) also broke and ran, as did the archers behinf the first group.

So it was that when the rightmost group of Vikings looked up in glee from the sight of two dead servants pilling their life blood behind the walls and three more turn and run, they saw the rest of their ships crew fleeing the field like women.

The Comtes timid peasant escrt were all too happy to remain within the village boundaries while the only other efective unit on the field, the milites, were old and canny veterens to wise to leave th e safety of the walls at this early stage in the battle. The only Norman movement was the three fleeing servants, whose flight took them near the five terrified mothers sheltering their children in the shadows of the rear wall. However, the five terrified women did not flee at the sight of the three pampered "castle boys" running towards them. They had faith in the stamina and bravery of their men.

So it was that, realising they were not pursued save for the jeers of their comrades on the right, the entire Viking army rallied. The archers took revenge by firing a volley into the peasants, killing several, while the centre group advanced once more towards the peasants and let fly with javelins, killing one more. Meanwhile, the left group of Vikings advanced tanatalisingly close to the Milite position on the left of the field, theri javelins felling another brave young knight in his prime. On the right, the bravest group of vikings on the field moved around to the right flank of the village, seeking entry through a gap in the poorly maintained village wall.

At this point, sensing his flank about to be turned and knowing that he was about to be assaulted on three quarters, lead his men, peasant and Milite alike, into a wild sally. Taken completly by surprise (no peasants had ever been foolish enough to actually attack THEM before) the viking veterns in the centre stood their ground and slew several peasants, but actually took more casualties than they inflicted and lost the combat AGAIN, although this time their desire for vengeance and plunder (as well as their shame) overcame their desire to live.

On the left, the surviving Milites charged over the wall and into the fray against the VIking Captain and his crew. A fierce melee ensued, in which the ferocity, toughness and numbers of the Vikings was negated by the skill and armour of the Norman warriors. Though many fell on both sides, Viking and Knight alike remained firm.

On the right, the three servants, shamed by the courage of the women, turned to gather stones and return to the fight (under the RAID special rules, units less than five strong o not automatically break and may rally). Bravely, three unarmed men moved towards the breech in the right flanking wall and three stones at a dozen armoured, rampaging vikings.

On the Viking turn, the archers moved towards the breech in support of their colleagues, whose javelins brought down only a single servant, while the other two remained steadfast in their defence of the cowering women and children behind them.

On the left, Viking and Milite struck simultaneously. heaby armour alone could not save the brave, but young, knights from the heavy blows of the norse captain and his men, but they reused to break and reduced the party facing them to just eight men against five battered and bloody survivors

In the centre, the Comte slew two vikings, and his men slew one more. Although by now reduced to a bare two ranks rank, there were now only 9 elite vikings facing the Comte and his ten surviving farmhands. The peasants refused to break and neither did the Vikings but the end was now in sight.

At this point it was now my turn 3 and the reinforcements could now enter the board. Colin's hopes had rested on getting his men entrneched in the village before these reinforcements arrvied (hence my charge on turn two to delay this and decrease the chance that his vkings could pursue beaten units into the villgae itself). Inside the village, they would be safe from a massed cavalry charge (the tightly packed huts meant I would only be able to charge my Mounted milites two knights breast, reducing the chance of an automatic break due to their ferocious charge ability). Additionally, two of his three melee units were reduced to a half dozen figures or so, the only one with more than ten was sitting with its flank exposed to any reinforcements within easy charge distance of my table edge and without the villages protective walls around it.

In addition to the knights, the unit fo libres I has purhased as reinforcement held nearly as manyu melee troops (21) as Colins entire army at this point, and while they carried only spears and had no armour protection, their rank bonus meant they would overrun anyone who would stand against them.

At this point, Colin conceeded, even without waiting for the reinforcement roll to be made. We both agreed that this time he had been the one killed by the dice (those farmhands should have been broken on turn one) but that the game had been fun overall. I suggested that next time we should both agree on a unit size cap and that I would leave out the Milites to keep things interesting past turn 3. In truth, mu inlcusion of mounted troops in my reinforcements really stacjed the deck in my favour.

COlin had gambled that he could have outflanked me due to his greater number of units, but he had lost sight of his objective by not sending his skirmishers on the left (led by his general) around the back of my line to torch buildings (25 vp per building) and kill the women and children (another 25 vp each ) while pinning my two main combat units (the farmhands and milites) in place with his other units.

I on thether hand, felt justified in sticking as many farmhands (at 2 points each)as I coudld afford into one big unit as I had to spend at least 50 points on villagers and needed to take at least 5 of each type (farmhand, servants and women/children). As the farmhands were the most melee competant I picked a large number of them to offset their hideous combat deficiency and give them my single permitted charavter as a leader. The gamble paid off (but just barely) and I should by rights have been loosing four of five or them a turn.

I do believe however, that taking the horsemen (while realistic- after all, who else would be able to get to the village in time to save it if not horseman) was not sportsmanlike. At the very least, I could have made them flemish, taking away the lances and fercoious charge so that colins troops would have some chance against them. But to competely fair, next time I will leave mounted troops out altogether.

Next week, 2000 pts vs Julians Moors and then a Lord of the Rings scenario the week after.
Posted by Dangerous Brian at 23:49 1 comment: