This is a reboot of an old campaign that never really got off the ground. After our play-test of Stuart Marshall's new Mega-Dungeon project, the group decided we didn't want to be a temporary collection of play-testers after all. So, I've blown the dust off my old notes. Time for a reboot. 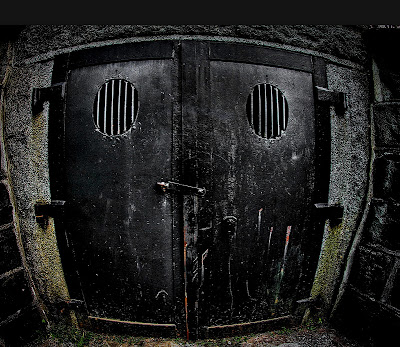 
The Sanctum Invigilus:
The Sanctum is a modest manor house in the mid-levels of the Central Spire in the Rubiantum Mega-Hive of the twilight-shrouded world of Penumbra. Although none of the Acolytes are aware of it's exact location, it a small but significant location in Shard's net-work and the operational base of Shard's cell-network on Penumbra.

It is here that the Acolytes received their brief, orientation training. It is the (some-times) home of Inquisitor Shard (albeit not for nearly half-a-century) and the dwelling place of their "handler", Explicator Sand, the Inquisitor's Senior Interrogator.

Most unnervingly, each of these servants, male or female, bears an identical, grafted face. All without exception must be addressed as "Zorius".

Acolytes begin play at rank 1, with 400 points of experience to spend on creating their character. 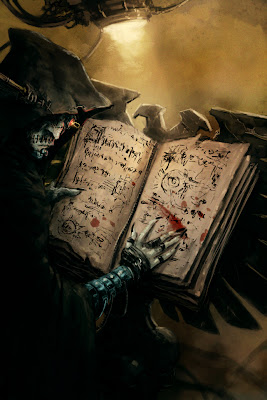 The Dark Heresy Rulebook.
The Inquisitor's Handbook (inc. Sisters)
The Book of Judgement
Blood of Martyrs (excluding the rules for Sisters)
The  fan-produced Commissar career path.

Important Note on Character Backgrounds and Portraits:
Note that at least a paragraph of background information explaining how the character came to attention of the Inquisition is expected, as is a character photograph.
Posted by Lead Legion at 18:40 1 comment: