17 things my players will need to know before the start of the new campaign:

Do You Want To Know More?
Click the link for a good grounding in recent events.
Posted by Lead Legion at 18:39 9 comments:

Temple of Elemental Evil: War of the Roses Style. 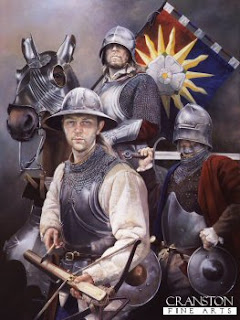 Now that I spend about 10-12 hours a day painting figures for a living, the Isle of the Earthshaker campaign has pretty much died. I was largely making up dungeons and encounter locations as I went, so prep time for each weekly game was fairly considerable. I just don't have the free-time anymore to put so much work into writing a campaign.

The solution is to re-start with a published campaign, fleshed out with a few extra adventure locations from published modules. I had an inkling to convert the WFRP 1e Doomstones campaign back to it's original format (AD&D) but that would be a fairly substantial task. Plus, the story driven nature of the game makes regular attendance by the same group of players pretty important. That isn't really compatible with my current group's"sit-in when you can" style of campaign play.

So, I'm thinking of running Temple of Elemental Evil. It has it's flaws, but it should do the trick. I'll take a look through my early module collection for an alternative, but I'm thinking Temple of Elemental Evil for the main dungeon, Stonehell Dungeon as an alternative location nearby and simply sticking other adventure locations from modules on the map as and when required. Not exactly a masterpiece of creativity but it'll do.

The twist is that I'll be setting it in an alternate-earth version of Real-World history during the War of the Roses. 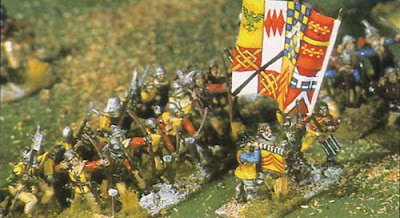 I have a few ideas in mind that need fleshed out. For the moment, Clerics and Paladins can be Christian, Jewish, Muslim or Servants of the Dark One. Druids are, well, druids. Wizards use coin magic (spell preparation consists of enchanting small coins which unleash the magic contained within when thrown),  Elves come from the wildest, more remote parts of Wales, Ireland and Scotland and are more British-Fae elves than they are Tolkeinesque. Half-Elf's are called Changelings, Dwarves come from Scandinavia and can be found in parts of the British Isles settled by Vikings (yes, Dwarf Vikings!). Half-Orcs are humans with an ancient Fomorian bloodline, rather than being actual half-orcs.

All humanity knows that the legendary creatures of fire-side tales and dark, ancient myths still lurk in the wildwoods, driven from the lands of humanity by the likes of the Sainted George and King Arthur in the distant past. From time to time, a village is burned, crops or beasts are stolen and children vanish. All know this to be the work of creatures from the wildwood, and every house in Britain keeps an iron horse shoe above the door and ancient runes carved on their window-shutters. 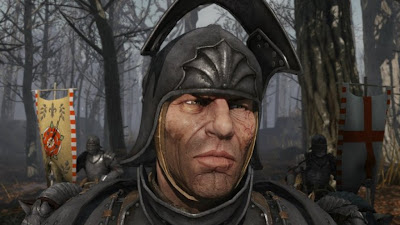