Had to cancel tonight's game of Dark Heresy. So I came up with the first of my solo D&D experimental game's PCs.

Normally, I'd go into considerably more detail with regards to appearance, background, personality traits and the like. But given that I'm going to have six different characters to keep track off, I've decided to keep things simple.

Personality Traits: Inquisitive, Stubborn, Morose,
Background: Youngest son (second child) and former apprentice of Lady Allande Markelhey of Fellcrest. Like his parents, Marius is somewhat single minded and devoted to the concept that a noble must get his hands dirty.

Ghost Sound At Will)
With a wink, you create an illusory sound that emanates from somewhere close by.
At-Will ✦ Arcane, Illusion
Standard Action Ranged 10
Target: One object or unoccupied square
Effect: You cause a sound as quiet as a whisper or as loud as a yelling or fighting creature to emanate from the target. You can produce nonvocal sounds such as the ringing of a
sword blow, jingling armor, or scraping stone. If you whisper, you can whisper quietly enough that only creatures adjacent to the target can hear your words.

Light  (At Will)
With a wave of your hand, you cause a bright light to appear on the tip of your staff, upon some other object, or in a nearby space.
At-Will ✦ Arcane
Minor Action Ranged 5
Target: One object or unoccupied square
Effect: You cause the target to shed bright light. The light fills the target’s square and all squares within 4 squares of it. The light lasts for 5 minutes. Putting out the light is a
free action.
Special: You can have only one light cantrip active at a time. If you create a new light, your previously cast light winks out.

Magic Missile (At Will)
You launch a silvery bolt of force at an enemy.
At-Will ✦ Arcane, Force, Implement
Standard Action Ranged 20
Target: One creature
Attack: +4 vs. Reflex
Hit: 2d4 + 4 force damage.
Special: This power can be used to make ranged basic attacks.

Ray of Frost (At Will)
A blisteringly cold ray of white frost streaks to your target.
At-Will ✦ Arcane, Cold, Implement
Standard Action Ranged 10
Target: One creature
Attack: +4 vs. Fortitude
Hit: 1d6 + 4 cold damage, and the target is slowed until the end of your next turn.

Flaming Sphere (Daily)
You conjure a rolling ball of fire and control where it goes.
Daily ✦ Arcane, Conjuration, Fire, Implement
Standard Action Ranged 10
Target: One creature adjacent to the flaming sphere
Attack: Intelligence vs. Reflex
Hit: 2d6 + Intelligence modifier fire damage.
Effect: You conjure a Medium flaming sphere in an unoccupied square within range, and the sphere attacks an adjacent creature. Any creature that starts its turn next to the flaming sphere takes 1d4 + Intelligence modifier fire damage. As a move action, you can move the sphere up to 6 squares.
Sustain Minor: You can sustain this power until the end of the encounter. As a standard action, you can make another attack with the sphere.
Posted by Lead Legion at 22:03 1 comment:

I've had a chance now to have a good think about the classes and races I'd like to see in the party, as well as the balance of party "roles". I originally considered simply choosing a party from the various pre-generated first level characters published in the 4e Starter Pack or the various Gen Con demo modules. However, I find it very hard to become emotionally invested in my own characters at the best of times (having been hardened over the years by seeing so many carefully crafted and beloved NPC's fall to bloodthirsty player characters) so I think I would have a hard time valuing the imaginary lives of a bunch of pre-gens.


Given that part of this experiment is to see if it's actually possible to become emotionally invested in PC's when you control a whole party of them in a solo game, I think that using pre-gens would ultimately undermine the whole exercise. So over the next week or so, I'm going to try to create and publish a player character every night starting on Wednesday (I'm running Dark Heresy tomorrow).


I've decided on the following mix of party roles in my party of six: 2 Defenders, 2 Leaders/Healers, 1 Striker, 1 Controller. Why six characters when five is recommended as the base party size for 4e? Well, I grew up playing in six-player tournament teams while at high-school. On top of that, all the old 2e AD&D computer games from SSI involved six characters (except for those "Eye of the Beholder£ style abominations). Even the Bard's Tale II, the first ever computer PC game I owned, featured a party of six. I can't remember the names of the entire starting party in BTII, mind you. But I know there was a Monk called Marcus and a Paladin called Balin or something similar. Of course, I used to change his name to Brian.
My allocation of party roles might seem a bit odd. The 4e Player's Strategy Guide recommends just one Defender per party, but I've played World of Warcraft often enough to understand the value of taking an off-tank along on six-man raids. Likewise, you can never have too many healers. Only having one Striker will limit the teams damage output quite a bit though, so I expect fights will end up being more drawn out (and therefore possibly negate the advantage of having the extra healer). As for the controller? A party really needs only one. Otherwise I risk handicapping myself in Dungeon environments by having too many persistent Area of Effects in play at once. Most five man party's seem to end up with two Strikers and even a fair number of the six person party's I've seen in other people's games have fielded three. Quite sensible really, given that the faster you put the bad-guys down, the less damage they'll do. But I do like to make things hard for myself.

Finally, here are the character classes and races I settled on. Given how much thought I put into deciding how many of each party role I wanted, you'd probably expect that I would put as much though into choosing complementary races and classes. Or even min-maxing class-race combos for each character. But nah. I basically picked them on the basis of what I thought would be cool to play. 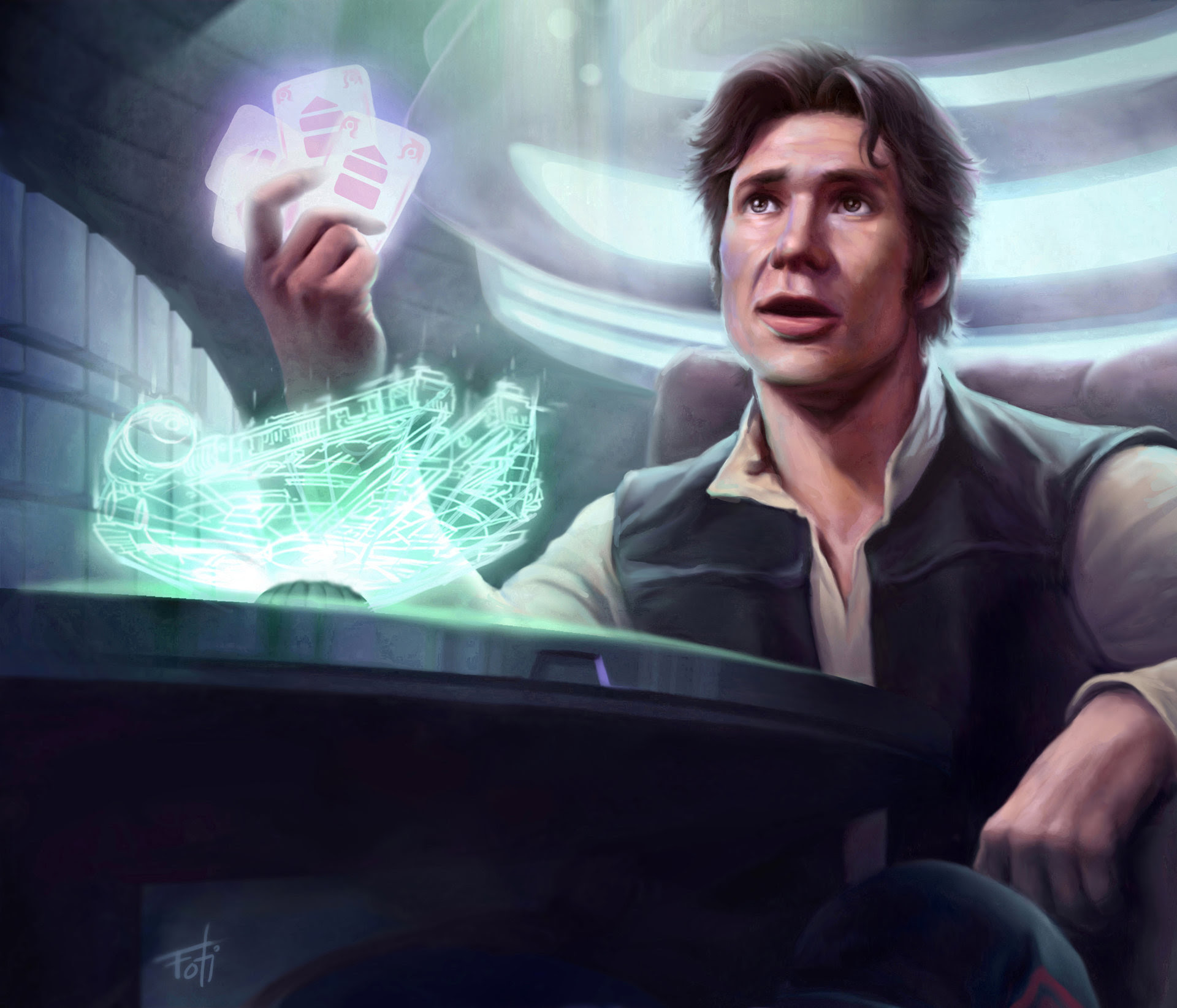 One of the most common criticisms (and there were many) abot 4th ed D&D was that it played more like a boardgame or a MMO than an actual roleplaying game. Now while 4th ed D&D had it's good points, I happened to subscribe to this school of thought myself. However, when I first read through the Players Handbook, I stopped and thought to myself: "this would work really well as a solo board- game. Like fighting fantasy on steroids." And when I say "solo", I mean solo. Not one player and one DM (though that might work too), I mean just one person. One player, who is also the DM.

One big stumbling block to playing RPG's as a solo game in the past has always been the roleplaying aspect that is central to the game. How do you roleplay with yourself? Well, the much derided "skill challenge" system sorts this out by letting the dice, and the character's skills, sort that out. If the dice rolls succeeds, the character says something charming and pertinent. If it fails, he doesn't. Simple. 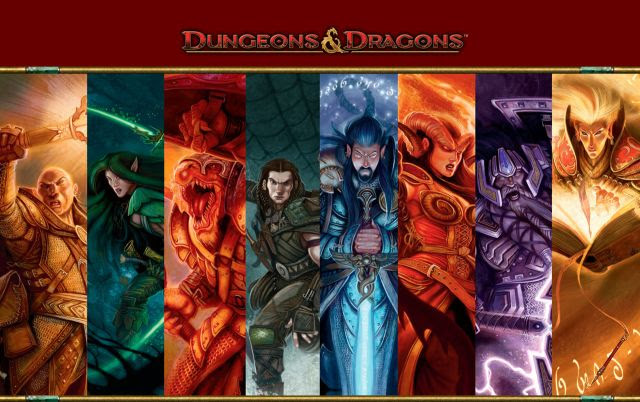 The lack of suspense was also a problem in the past. After all, if you read through the book to DM for yourself, where are the surprises? You know where the treasure/secret door/solution to the puzzle can be found. Again, the skill system comes into play here. The PC's pass a secret door, you roll their perception skill to see if they notice it any cues that such a thing might be present as they pass by. Then you make another dice roll to determine if they do find something if they do decide to check.

A further complication is the prospect of bias. Are you really going to give the monsters an even break when you've invested so much time in creating and developing not just one character, but several? In this case, it's the structure of the published adventures that will help us out here. Most of the published 4e adventures include a tactics section for each encounter. So long as I stick with playing the monster tactics "as written" I can't be accused of any bias, can I? Given all these factors, I think that D&D 4th ed has a real shot at working as a solo game. So, although my schedule is hectic and I'm unlikely to play often, I'm going to give it a go over the next few months. And I'll chronicle my experiences here on the blog.
Posted by Lead Legion at 22:08 4 comments:

We've been playing for nearly a month now, but, due to the short duration of our Google Hangout sessions (combined with a couple of sessions of severely curtailed length) the party are still playing through the introductory adventure.

We've got an interesting selection of characters, with a good mixture of careers: a Sister of Battle, a Psyker, a Preacher, a Scum, an Arbiter and a Tech Priest Cyber-dog handler.

I'm still waiting on a few background paragraphs and photographs for one or two characters. Once they're in, I'll formally introduce you all to the party. Shortly thereafter, I'll write up the first adventure report chronicling our adventures. Due to the short duration of our sessions, I won't be doing a session by session write up. At least not initially. Once the introductory scenario has ended and we're into the campaign proper I'l publish write-ups more frequently.
Posted by Lead Legion at 20:01 1 comment: